How Troubles with Fertility Lead Me to Be My Own Boss

Infertility doesn’t have to be the most devastating thing to happen to you. It can actually lead to amazing things like opening your own business and being happier than you’ve ever been before. 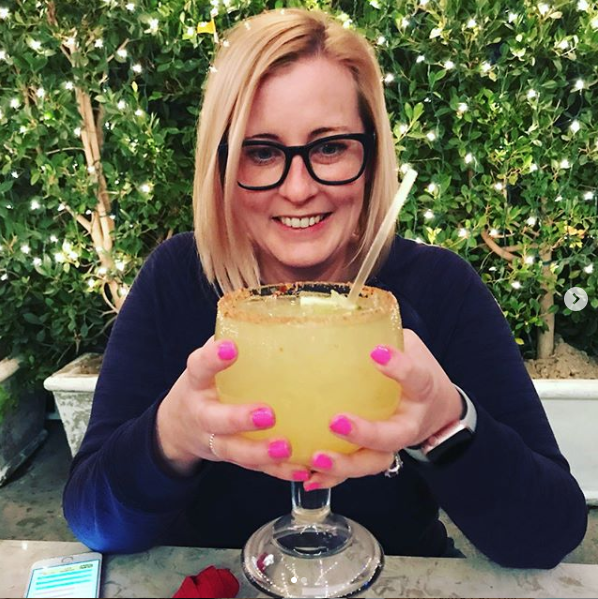 Andy Cordina
Owner of Bettie Confetti, rainbow lover and all round smart ass.

Almost three years ago, I got married. It was genuinely the happiest day of my life, surrounded by all my closest friends and family. I remember thinking on the day that I could actually physically feel the love in the room. It was spectacular. During the reception, my husband and I were both subjected to the typical jibes about having children. We both laughed it off while throwing looks to each other, knowing that we wanted to wait a little while.

Fast forward to three years later and the only pitter patter of tiny feet in our house are those of our Border Terrier puppy Obi.

You’d think after over two years of trying to conceive, that I’d be pulling my hair out and feeling pretty crappy about the whole thing. Yes, I’m technically what the NHS describes as infertile. Nice. But you know what? I’m OK with that. You know why? Because infertility doesn’t have to be the most devastating thing to happen to you. It can actually lead to amazing things like opening your own business and being happier than you’ve ever been before.

For so long after we got married, our friends and family were waiting with bated breath for the announcement that there would be a third Cordina in the world. I remember speaking to my Dad on New Year’s Eve 2015 and him saying “May 2016 be the year that you fill your new house with more than just furniture”. Classic embarrassing Dad.

I never really took any notice of it, thinking to myself that it’ll happen in good time. It was when people stopped asking, that I really started to pay attention.

When the story changed

My fertility issue took about two years to be properly diagnosed. During this time, I was on the verge of becoming one of those women that are obsessed with getting pregnant. I had it down to a military operation. And then, I got distracted. It was around this time that my little business idea started to take off.

Instead of counting ovulation days, I was counting orders. And then the whole story changed, and I couldn’t be happier.

Fertility (or infertility as the NHS so lovingly coins it) is a seriously sensitive subject for a lot of women. There’s an expectation as you reach your thirties that you’ll follow the path of getting married, having kids and investing in the white picket fence future. But for me, and so many others it doesn’t always go so smoothly. And it can really change the course of your life.

I could see that, if I allowed it to, infertility could take over my life. After many months and years of tests, poking and prodding, I was diagnosed with low AMH hormone. The doctors told me that there wasn’t a lot I could do about it, other than going through the rollercoaster that is IVF. Not something I was terribly keen to do.

This really put me at a cross roads. I could choose to carry around the perceived shame of not being able to conceive my own child and let it weigh me down for years. Or, I could choose to let life takes its course and be grateful for the things that I do have, rather than longing for those I don’t.

I chose the latter. Not because I felt like I had no other option, but because I genuinely believe that life will still be full of ups, downs, good times and bad, regardless of whether I’m able to have my own child or not.

When I made this choice, I realised that I had a whole load of time and energy on my hands that I could use somewhere else. And being able to pour this energy into launching a small business and building a brand led me to being happier than ever before.

Starting your own business can seem like something that’s completely out of reach. Funny, as that’s the same feeling that you get when you’re trying to conceive. But with starting a business, all you need is an idea, and unlike trying to have a baby, the rest is totally in your control. Yes, it’s going to be hard work, but so is having kids and the results can be just as rewarding.

You have to nurture a business and always consider how you’re going to grow it. You need to take care of it and devote most of your time to making sure it doesn’t go off the rails. You never know what’s around the corner in small business, but careful planning and advice from the right people can help you be better prepared. And the list of comparable likenesses goes on…

Maybe it’s OK to talk about it

You might wonder why I’m telling you all this.

I’ve realised that maybe it shouldn’t be so sensitive. Maybe it’s OK to talk about it. Maybe, you can still be happy while going through fertility issues or even if you’re never able to conceive your own child. And maybe, just maybe, building, nurturing and growing your own business could be the very thing to leads you to that happiness.

Over the last few months, I’ve come across so many female small business owners who are some of the hardest working, seriously creative and exceptional women I know. I often wonder whether any of these women ended up doing what they’re doing as a result of infertility. Maybe after this blog is published I’ll get the courage to ask them and make this issue something that women are happy, even proud, to talk about.

If you’re like me and having a family isn’t something that’s been a walk in the park, it’s OK. You’ll be OK. And my biggest piece of advice is to not let that fact define the next years of your life. There are no guarantees with trying to conceive, just as there are none with small business. But if you hustle hard enough, you could build something that is worthy of your energy and will make you feel damn proud of yourself. Don’t be afraid of finding the silver lining in what many perceive to be the ultimate black cloud.

And, if you’re not like me, then maybe you could take away from this post the fact that not all women are destined to be mothers. There’s no need to talk about their infertility with them like it’s the saddest thing to happen since Central Perk closed its doors. It’s a fact of life that some people are going to have trouble getting pregnant, but that doesn’t mean that’s where life ends. It’s important to respect the path that someone has chosen and not make them feel like that choice was made in the absence of any other.

My Mum always says to me that everything happens for a reason. If it’s meant to be then it shall be. When I reflect on the series of events that took place to get me to this point in my life, I know that had I had a baby straight after getting married, things would be very different.

There would be no small business, and I’d be juggling working full-time with child care like so many women do every day. I’d probably be in a job that I didn’t jump out of bed in the morning to rush into and maybe I wouldn’t be so happy. But if my infertility has taught me anything, it’s that you can’t live for the maybes. Maybe won’t get you any closer to contentment, but building your own empire just might.